After a brief absence from the sport and from blogging due to injuries, I’ve gotten back to the routine of training.  On that note, let me take you on a short walk through this past summer and fall season. After a slow and arduous recovery from the middle of the season due to a motorcycle accident, I basically started from scratch again.  I spent the better part of my summer, pacing a friend and a young triathlon protégé and keeping Team Karma company on those long rides. All of this led me to join Montreal Endurance to begin improving and working on my own run again.  What a blast! With the help of teammates, Ryan, Simon, Sof and Phil, I found myself back on the start line this cross country season, something I haven’t done since high school.
After doing some low key races to gauge my progress and consulting with my coach about the possibilities, I was persuaded to do a serious race. It was decided that the Buffalo ITU race, also the US National Elite Championships was the ideal race.  I knew my training had been going well but it was still unsure as to how I would react to being on a triathlon start line again. After a rocky start on the swim, I was left with one choice, to suck it up and make the most of my situation. Which I did. After a couple of laps of pushing hard on the bike to catch up to the chase pack, I was able to just sit in most of the remaining ride and save some energy for the run. Good fitness and a smart ride left my legs fresh for the 10k and that in the end made for a different race, one that I was happy with.
With Buffalo in the bag, the next target was to be Panama or Auckland and since both were on the same date a choice had to be made… so it was decided to put all our eggs into Auckland. Unfortunately, this didn’t work out, and I found myself out of time and out of races on the ITU calendar, despite all our efforts (mine, the training group and my coaches).
here are meadia files from the summer races 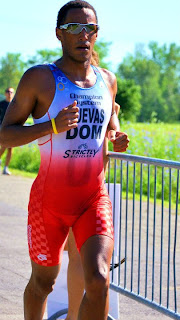 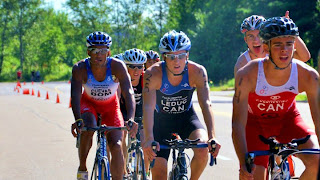 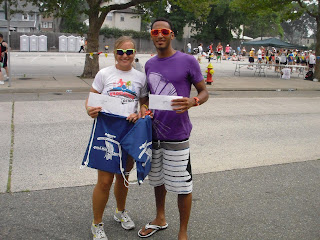 Posted by Javier Cuevas at 8:08 PM